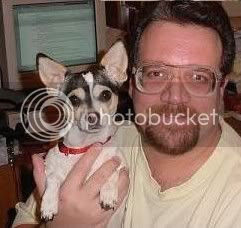 1. Which of your characters is your favorite?
2. Tell me about your travels.
3. Coffee, tea, or milk?
4. What else can you do besides write?
5. Who are you reading right now?
6. Pop culture or academia?

7. What is the toughest scene you ever wrote?
It's one I've actually written several times over. It concerns the death of my mother during a short illness and stay in the hospital. Quite possibly the worst night of my life, and I was in such a raw place and my senses were so flayed that the details have stuck with me like almost nothing else. In an effort to purge myself of the burden of that experience, and to try to make it all bearable, I've written about that night several times in short stories and most notably in my novel Headstone City.

8. Where do you find your inspirations to write?
It's easier to ask where it doesn't come from. Everything inspires in its own way, I never know what might cause the kernel of an idea or get the snowball rolling.

10. Are you into sports or other physical activities?
Hell no, unless you consider reaching into the drive-through window of McDonald's to get my Double cheeseburgers a physical activity. Do you, Heidi? Haven't we had this conversation the last time I took you out to dinner and you complained that there was too much ketchup on your Big Mac? You're just never satisfied!

12. Do you outline your stories or do they just take you along for the ride?
I don't outline and I take them along for the ride, usually in the death seat. Writing more "free-style" doesn't mean the writer isn't in control or just vomits out a story without a beginning, middle, or end. It's still a difficult, gut-wrenching process that takes a lot of effort and focus.

13. Celebrity crush.
Angelina Jolie has been crushin' on and stalking me for years.

15. Do you still watch cartoons?
Aside from anime, in which I occasionally indulge, and Family Guy, South Park, Futurama and The Simpsons, I still get caught up in Bugs, Roadrunner, Pepe le Pew, and Popeye whenever I happen to stumble upon them.

Tom Piccirilli is the author of fifteen novels including The Dead Letters, Headstone City, A Choir of Ill Children, and November Mourns. He has also penned numerous short stories for anthologies, magazines, and chapbooks, some of which feature his infamous Panecraft Asylum. 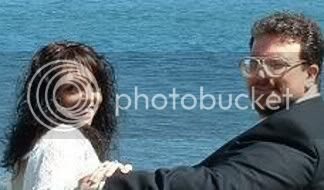