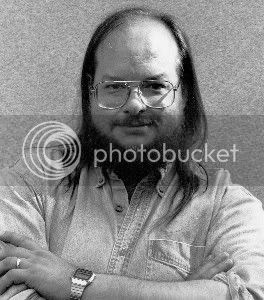 2. Tell me about your travels.
I've been around most of the contiguous 48 and into parts of Canada, and did a lot of that as a teen and in my 20's. But real out-of-my-culture overseas travel? I put that off far too long. My first overseas trip (I was 34) was 3 months in Turkey plus a two-week side-trip into Greece to see Delphi. A wonderful experience (except for being stuck on Chios for a week), and it put the travel bug into my system. Since then I've been to Japan, Hungary, Carpathian Rumania, Iceland, and three times to the UK. And I guess I've been to Germany four times, though I've never been outside the Frankfort airport.

Travel is wonderful; travel is massively educational; travel turns abstract concepts into realities and memories; travel is IT; and dammit, I can't afford to travel these days. Sigh.

4. What else can you do besides write?
I can hand-set type from a California case, put it into a chase, and then print from it with a hand press. Not much call for that these days. Learned this as a child, and as part of it I learned to proofread upside down and backwards.

I was a general contractor for years, mostly carpentry, and then a building manager (glorified janitor) so I can build things and maintain them, if the arthritis lets me.

I can also handle a lot of the odds and ends of academia; but otherwise I'm not much use.

5. Who are you reading right now?
I'm reading excerpts from the diary of Amar Singh (the book is Reversing the Gaze and there's a review here)who had a rather interesting life story. He was a Rajput military officer and administrator who straddled the Indian and British Colonial worlds; was part of the relief expedition to Peking; fought in WWI in Iraq, on the Basra front (why does that sound so familiar?)and so on. To practice his English, he kept a diary in English, every day, for all his adult life.

I'm reading the second volume of John Lloyd Stephens' Incidents of Travel in Yucatan, which allows me to travel vicariously both in space and in time (1840s).

I'm grinding through a truly awful poetry collection from 1918, A Treasury of War Poetry, just so that I can write an essay about it.

And I've read a few chapters into Singularity Sky by Charlie Stross. Oh, and Plutarch and Josephus and, well, too many others.

12. Do you outline your stories or do they just take you along for the ride?
I've worked both ways. A couple of my stories, including my first big breakthrough, came literally all in a minute and I had to rush to get them down before I forgot. A few others I started with an idea, or a first paragraph, and then just let it rip. ("Osmund Considers," which was recently anthologized, was simply an attempt to create a world that could have a three-masted, barque-rigged submarine with a Texas deck -- and it would fit right in.)

The rest have been carefully structured and outlined. I have the same rate of commercial and critical success with all three methods, so I certainly can't support any claims that there's one superior way to go about things.

13. Celebrity crush.
Yeah, those can be a real problem. When Arthur Miller let Marilyn Monroe break him down, it seems to have made the rest of us fair game. What is it with celebrities and their obsession with writers, anyway???

I've been pretty lucky so far; only had to deal with two celebrity crushes. The first one was flattering, in a way, and fortunately she backed off after a couple of firm e-mails. The other time, though, we had to get a restraining order. Ugly business. That got the point across, though. We haven't had to renew the order. Yet.

14. Who are the biggest influences on your work?
Charles Dickens was the first influence, because I started reading him in second grade. (Long story about that: teacher took it, parents descended like Avenging Angels, Tim learned that books were something to fight for.)

Ray Bradbury and Stanislaw Lem both showed me that you could do real literary work with SF, and Le Guin and Banks and Murakami and Ishiguro have kept it in my mind. I should mention Brunner in there, too.

William Gibson gave me permission to just throw a whole new world at the reader, without spoon-feeding; as did Ian McDonald's Out on Blue Six.

Timons Esaias is a writer and poet living in Pittsburgh. His short stories, ranging from literary to genre, have been published in fourteen languages. He has over a hundred poems in print, including Spanish, Swedish and Chinese translations, in markets ranging from Asimov’s Science Fiction to Elysian Fields Quarterly: The Literary Journal of Baseball. His poetry chapbook The Influence of Pigeons on Architecture is in its second edition. He has also been a finalist for the British Science Fiction Award, and has had numerous Honorable Mentions in Gardner Dozois’s annual Year’s Best Science Fiction anthologies. He is Adjunct Faculty at Seton Hill University, in the Writing Popular Fiction M.A. Program.
heidi ruby miller heidi's pick six timons esaias