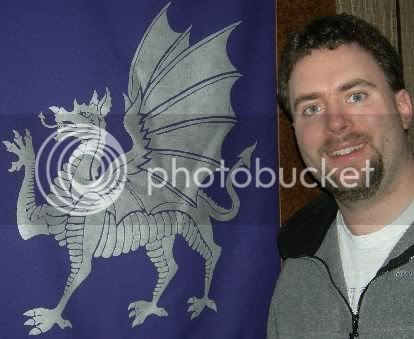 3. Coffee, tea, or milk?
Tea. Definitely tea. However that don't cut if I got some of my Mom's chocolate chip cookies.

4. What else can you do besides write?
I've studied martial arts and fencing for a total of nine years before a knee injury last October left me on the sidelines. I can safely say that after that long a study there's a lot there I don't know. I also paint miniatures when I have the time, and in 2007 I'll be trying my hand as a pewtersmith making them.

5. Who are you reading right now?
I'm reading Robert Ludlum's The Bourne Identity. The theme of finding one's identity/purpose is part of what I'm doing with my current project (an SF/Mystery novel) but the writing itself has been falling flat.

11. What kind of music speaks to you?
It depends on the mood. Most of the time I listen to rock or metal or Primus (which deserves its own category), but I also love The Chieftans and Wolmegut (the German equivalent). I wrote a death scene while listening to "It Happens All the Time" by Cold, and the emotion of the scene hit me in the gut. I had to stop for ten minutes because I was crying.

12. Do you outline your stories or do they just take you along for the ride?
I do a thumbnail sketch of five critical scenes the book has to have, and then a few I'd like to see. I don't outline until I'm about halfway through, simply because there's elements to the story I haven't thought of yet.

14. Who are the biggest influences on your work?
I've been leaning towards transhumanism when I write SF, so I guess that would include Peter F. Hamilton and Joe Haldeman. Ursula K. LeGuin ranks up there too. Her ability to create such tangible characters makes her required reading in my book.

Mike Brendan is making his debut in Fanasist Enterprises' Anthology Bash Down the Door and Slice Open the Badguy with the story "No Shit, There We Were." 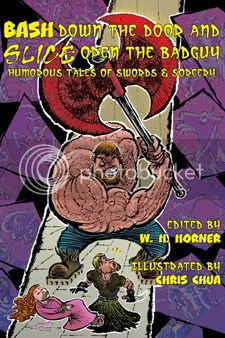 He graduated with an M.A. from Seton Hill's Writing Popular Fiction program and decided he damn well better do something with it. When not skewering a genre, he also writes more serious work in both fantasy and science-fiction. Mike is a lifelong resident of Pittsburgh, and a part time action hero.
heidi ruby miller heidi's pick six mike brendan