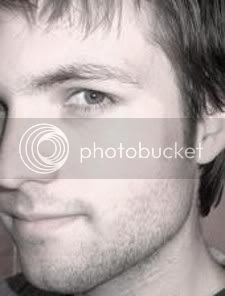 4. What else can you do besides write?
Sing, play guitar and piano, paint (walls and such), tile floors, perform psychokinesis on plastic straws, juggle, cartwheel, make funny faces. I can also transform into a flying hippo--I just choose not to.

8. Where do you find your inspirations to write?
People who fill me with love, and systems that fill me with horror.

12. Do you outline your stories or do they just take you along for the ride?
When writing a story, I do occasionally jot down ideas to use later, but I don’t work well with extensive outlines. They tend to turn on me when I least expect it, kick me when I’m down, and flick my earlobes. I prefer not knowing too many details about what’s going to happen in a tale, because the not knowing is fun to me.

13. Celebrity crush.
Donald Trump. This is assuming that what you’re really asking me is, “If you were a giant Cyclops, which celebrity would you crush with your bare hands?” I’m choosing Trump because of his monstrous personal attacks against Rosie O’Donnell. A cycloptic execution is too harsh, you might say? Don’t worry. Trump would survive the assault, as he purchased a titanium exoskeleton back in ’94.

15. Do you still watch cartoons?
I love watching, writing, and creating cartoons. A production company recently optioned my original TV show script “Captain Smitty.” Someday (fingers and toes crossed) it may end up going into some sort of production. I’ve also written, animated, voiced, etc. my own cartoon show and movie called Planet Palz. It’s about a couple of talking planets and their stupid adventures. As far as what I enjoy watching, I’m a big anime otaku, and Arthur will always be one of the greats.

Jeremy C. Shipp is an author whose written creations inhabit various magazines, anthologies, and drawers. These include over 30 publications, the likes of ChiZine, Flesh and Blood, Bare Bone, The Harrow, Until Someone Loses an Eye, and Darkness Rising. While preparing for the forthcoming collapse of civilization, Jeremy enjoys living in Southern California in a moderately haunted Victorian farmhouse. He's currently working on many stories and novels and is losing his hair, though not because of the ghosts. Vacation, his first published novel, debutes this month from Raw Dog Screaming Press. 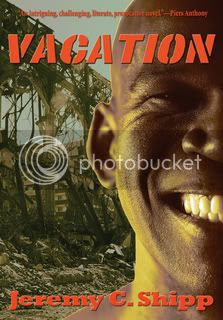