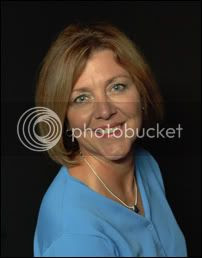 1. Which of your characters is your favorite?
Whenever I’m writing a book, those characters are my current favorites. I think it’s because I crawl so deeply beneath their skin. I feel like they’re family -- and family is always closest to the heart. I have a couple who stand out long after I’ve closed my file for the last time, however. I’m not sure what it says about my mental state, but one of them is a dog. Rufus, the bloodhound from Magnolia Sky, will live always in my heart. I will forever be in love with Will Scott, my hero from my first published book, Back Roads. I have a soft spot for a couple of secondary characters too, Hattie Grissom from Back Roads and Promises to Keep; and Granny Tula from On Blue Falls Pond. Humm, sounds like I’d better stop, or I’ll have all of my characters listed!

4. What else can you do besides write?
I used to be a dental hygienist, but gave that up several years ago. I’m a pretty good cook, but I try not to exercise that talent too often. I cut a mean lawn. I can train a dog. I’m pretty mechanically inclined, so if I can find instructions, I can tackle almost any project. I can sew, but like cooking, don’t overuse that ability. I guess it all boils down to I only like to read, write and go to movies!

5. Who are you reading right now?
Jodi Picoult, The Tenth Circle

8. Where do you find your inspirations to write?
My books are always about real people dealing with real problems, so everywhere I look, I find inspiration.

12. Do you outline your stories or do they just take you along for the ride?
I’m strictly a seat-of-the-pants writer. Here’s how it goes: I have a general idea for a storyline – which sometimes starts as small as an image I can’t get out of my head (such as the one that launched Back Roads; a car abandoned on a dark country road with the driver’s door open, lights on and radio playing). Then I do lots of character work for the main characters before I ever write a page. Once I have these people, their strengths, weaknesses and major conflicts under my belt, I start writing. Choosing the right opening scene is crucial, so that’s always a struggle. After that, I’m off on a ride that often takes me places I hadn’t imagined, or even considered. So much of the story comes to me as I go. I did try outlining once, but really struggled to write “to” that outline. I felt like it was really hobbling my creativity, so I abandoned the process even before I finished that outlined book.

Also, almost all of my secondary characters “appear” as I’m writing. If I outlined, I might miss out on some really interesting people!

13. Celebrity crush.
I currently have a bit of a thing for Gerard Butler. I wouldn’t call it a “crush”, I just find him interesting and easy on the eyes – the accent is a plus, too.

Unlike so many writers, Susan Crandall did not emerge from the womb with a pen and paper in hand and a fully formed story in mind. Instead, she was born with an incredible love for books. This must have been genetic, because her father, who hated school, was somehow addicted to books.

For years, even those exhausting years when her children were young and she worked as a dental hygienist, she was an avid reader. She was always fascinated with words. Then, her younger sister admitted she'd been writing, secretly of course. That admission led to Susan editing her sister's work and she had plenty of opinions to share. Then they co-authored four novels, none of which were published. Her sister decided to move on, but Susan was totally addicted.

Back Roads was her first solo work, her first published work, and her first award winning novel, winning a RITA for Best First Book and two National Reader's Choice Awards. This book was also the selected reading for the June 2005 Seton Hill Writing Popular Fiction graduate residency. Her latest novel A Kiss in Winter was released in January 2007 through Warner Forever.

Susan grew up in a small Indiana town, married a guy from that town, and then moved to Chicago for a while. She's pleased to say, she's back in her hometown. Her husband and she have two grown children who make them proud every day. Her son, who has the heart of a poet, is also a writer. Her daughter, who is both beautiful and brilliant, is about to take her first steps into the working world of science.
heidi ruby miller heidi's pick six susan crandall