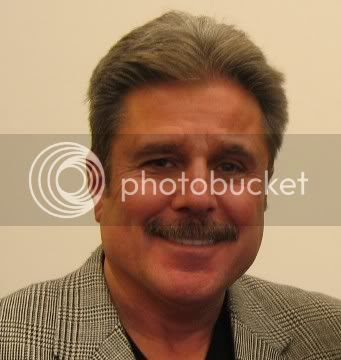 4. What else can you do besides write?
Absolutely nothing. Wait, hold it a second…..I can pick locks. I collaborated on a book once with a former jewel thief. The project went nowhere, but I learned how to pick locks and got quite good at it. I still practice a lot. I figure if the book-writing thing goes belly up I can always be a burglar.

7. What is the toughest scene you ever wrote?
Anything having to do with kids in a bad stuation. A scene in my SHU thesis involved my protagonist rescuing a kidnapped little boy. I chose to read the scene as part of my thesis presentation and had to practice it for hours before I was able to get through it without choking up. Happens every time I place a kid in jeopardy, probably because I have two of my own.

9. Food you could eat everyday.
Pizza, no question. I take very good care of myself; never even held a cigarette, never ate a donut, drank coffee or soda, but when it comes to pizza I fold like a day-old soufflé. I can wipe out an entire pie in record time. The way I look at it pizza is like sex; when it’s good it’s very good, and when it’s bad, it’s still pretty good.

10. Are you into sports or other physical activities?
I’m in the gym almost every day of my life, a lifetime habit from the time I was about fifteen. As far as team sports, I don’t know a hockey puck from a football. Couldn’t tell you who played in the Super Bowl. Last year I was in L.A. ghosting a book and the guy who was paying me (a very rich Hollywood type) thought he’d impress me by inviting me to a Laker’s game with his good buddy Jack (Nicholson). I passed, met them in the Polo Lounge after the game. My friends thought this makes me certifiable, but sports bore the hell out of me. There I said it; now do I have to hand in my Macho ID card?

11. What kind of music speaks to you?
Jazz, that’s it. During the 60s when all my teenybopper friends were going nuts over the Beatles I was listing to Coltrane and Miles Davis. Still do, among others. One of the reasons (probably the only reason—I know it’s not the proliferation of great restaurants) I like Pittsburgh is because it has a great jazz scene.

13. Celebrity crush.
Aside from Heidi Miller and Penny Dawn? I’d have to say Diane Lane. Very hot and will probably remain so into her 80s. I had to take a Valium to watch some of her scenes in Unfaithful.

14. Who are the biggest influences on your work?
Lawrence Block, particularly his Matt Scudder series. Block’s ear for dialogue is astounding. He and I shared the same editor at William Morrow and despite running into him all the time, I’m still a fan around him. Phenomenal hardboiled crime writer. Another would be Ed McBain. Real bad day in the Pic housdehold when he died last year. I never met the guy, but I would have liked to. The first police procedural books I read as a teen were Cop Hater and The Mugger. I still re-read them every few years.

Patrick Picciarelli is the author of the non-fiction books, Jimmy the Wags: Street Stories of a Private Eye (William Morrow), the screenplay (movie rights sold), and the sequel, My Life in the NYPD: Jimmy the Wags (NAL). Mala Femina: A Woman’s Life as the Daughter of a Don (Barricade Books) was published in 2003. He has also published Blood Shot Eyes, a novel.

Picciarelli, a former U.S. Army machine gunner in Vietnam, spent twenty years in the NYPD, retiring as a lieutenant, and is currently licensed as a private investigator. He holds both BA and MA degrees in Criminal Justice from John Jay College in New York and an additional MA degree in Writing Popular Fiction from Seton Hill University in Pennsylvania, where he is now an adjunct professor. His ability to relate his been there, done that life experiences has been instrumental in his being in great demand as a public speaker.
heidi ruby miller heidi's pick six patrick picciarelli seton hill university seton hill writers