1. Which of your characters is your favorite?
This is like asking a mother which of her children is her favorite - they're all my favorites......Okay now the obligatory answer is done - I'll admit I really enjoy writing about Valek. He has all the great sarcastic lines and gets to do all the cool assassin stuff. Plus he's an artist. Gotto love that.

6. Pop culture or academia?
Pop culture all the way! Hardest thing to write in the last 2 years was my academic graduate essay. I use non-fiction kids books with big color pictures to do my research for writing. "Inside a Medieval Castle" was very helpful for designing the Commander's castle. I avoid anything scholarly.

7. What is the toughest scene you ever wrote?
8. Where do you find your inspirations to write?
9. Food you could eat everyday.

10. Are you into sports or other physical activities?
I like to play volleyball. I play twice a week - one night with my church team, The Tornados (sound impressive? We hope the name will strike fear into our opponets' hearts before we even play against them because on the court we tend to spin around and go off in unexpected directions :) and the other night is just pick up games. It's fun and I get to be around people instead of my computer.

12. Do you outline your stories or do they just take you along for the ride?
They pick me up at my front door. I give them a general direction and sit back and enjoy the ride. Usually the first half of the trip I worry I won't have enough gas to make it and the second half I worry I have too much momentum to stop.

13. Celebrity crush.
Orlando Bloom - but not as blond Legolis in LOTR - but as the dark Wil Turner in Pirates of the Caribbean.

15. Do you still watch cartoons?
Yes - with two kids in the house it's hard to avoid. My favorite show is The Avatar - cool concept and I also liked Jackie Chan's adventures - another cartoon with magic and fantasy elements. And all those cheesy holiday cartoons are must see TV in my house.

Maria V. Snyder has been writing fiction and nonfiction since 1995. Her adult fantasy novel, Poison Study, was first published by Harlequin's Luna Books in October 2005 and was just rereleased this month by MIRA in trade paperback with a brand new cover. In celebration, a new short story set in the Study world 'Assassin Study' is available free online at eHarlequin.com. A new installment of this serial story about the trouble Valek is involved in while Yelena is in Sitia will run every two weeks until the final installment on April 26, 2007.

Maria's research on food tasting methods with an expert chocolate taster, her husband, turned out to be a delicious bonus while writing Poison Study. Maria has a brown belt in Issinryu Karate, and has enjoyed "acting out" the complex fight scenes in the book. The follow up, Magic Study was released in October 2006. The final "Study" book, Fire Study will be out in 2008 through MIRA.

Born and raised in Philadelphia, Pennsylvania, Maria attended 12 years of catholic school before going to Penn State University to study Meteorology. Earning a Bachelors of Science degree in Meteorology, Maria discovered, much to her chagrin, that forecasting the weather wasn't one of her skills. She found employment in the environmental field as an air quality scientist, and it was during those years that she started writing. She has also published numerous freelance articles in regional magazines and in local newspapers. Teaching fiction writing classes at the local college gives her the enjoyable opportunity to encourage novice writers and to keep improving her craft.

Maria lives with her family in Pennsylvania. 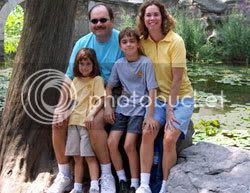 She recently received a Masters of Art degree in Writing Popular Fiction from Seton Hill University. She would recommend this writing program to anyone interested in publishing a novel.
heidi ruby miller heidi's pick six maria v. snyder