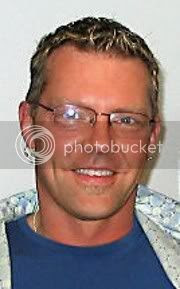 4. What else can you do besides write?
Not much, actually! Well, I can also read... I like to sing.

Although I can't cook, I keep a clean apartment. I'm fairly good at exterior and interior house painting, but if I painted for a living, I would be way to expensive at an hourly rate because I'm slow and meticulous. I can keep plants alive. There are a few other things I'm good at that contribute to domestic bliss that would be better left unmentioned...

5. Who are you reading right now?
I've been fighting my way through John Brunner's The Sheep Look Up. I've never been a fan of SF, but heard this was a classic, so I'm slogging through it for my own literary good. Prior to that, I enjoyed Lewis DeSimone's Chemistry. On my shelves you will find favorite authors such as Patrick McGrath, Chuck Palahniuk, Cormac McCarthy, Joe R. Lansdale, and Ramsey Campbell.

8. Where do you find your inspirations to write?
I don't usually go looking for inspiration; ideas typically find me. For example, driving home from work one evening, approaching the Fort Pitt Tunnels in Pittsburgh, a strange scenario landed in my mind about a father of five finally undergoing a vasectomy during which the doctor implants a bioengineered seed in his vas deferens that will impregnate his wife with the first human/alien hybrid. That idea would not leave me for years. I eventually turned it into my second novel, The Sixth Seed.

9. Food you could eat everyday.
Could and do: In my refrigerator are sliced turkey breast, preferably organic; swiss cheese (lower in fat and sodium than most other cheeses); whole-grain bread; and macaroni salad, which I could eat every day. Along with zesty bread-and-butter pickles. Cinnamon applesauce. Cashews. And vitamins and herbs, which I never chew, but swallow whole using bottled spring water.

10. Are you into sports or other physical activities?
If typing were a sport, I would have lettered. I've never held an interest in sports of any kind and don't understand the rules for most of them. I don't follow anything that requires me to watch television. However, I have developed an interest in UFC (Utlimate Fight Championship) fighting. It's a combination of boxing, kickboxing, wrestling, and martial arts, held in an octagonal ring. It is tough, violent, and typically bloody. And the guys are hot!

In the summer of 2004, I tipped the scales at 205 and started a strict diet and exercise regimen. I lost 60 pounds in the course of the next 18 months. Now I weight-train four times a week at a neighborhood gym and have gained 15 pounds of muscle.

I started running with the Pittsburgh Frontrunners late last summer. I hope to resume when the temperature remains above 45 degrees. Now that I'm living in the City of Pittsburgh between Frick and Schenley parks, I plan to acquire a hybrid bike for street and off-road cycling.

12. Do you outline your stories or do they just take you along for the ride?
Outline. If I don't have down on paper, in some rudimentary form, where I'm going with a story, I'll eventually stall. I develop a broad outline of the entire story or novel. Then break it down into beginning, middle, and end. With a novel, I have learned to jot down the basic events of every scene, from which I then write the actual prose.

Lee Allen Howard has been a professional writer since 1985 and presently works for a software company. Lee writes horror, dark fantasy, and suspense. His first novel, When the Music Stops, was published by Beautiful Feet Publishing in 2000. Lee earned a BA in English a long time ago. He also received a MA in Biblical Studies and an MA in Writing Popular Fiction from Seton Hill University.

Lee has been published in Cemetery Sonata anthology and Out newspaper. He is the founder, editor, and publisher at Dark Cloud Press, publisher of horror, dark crime, and psychological thrillers.