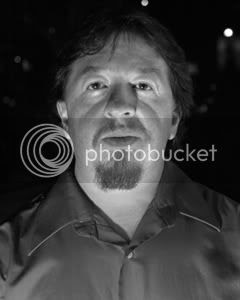 2. Tell me about your travels.
I’ve either stayed in or visited 26 states, Canada, The Bahamas and Bermuda. Once upon a time, these vacations used to be about having fun and relaxing. Now they’re planned around writing conferences. So I don’t have as many relaxing vacations as I’d like. But as soon as the movie deal works out, that’ll change!

4. What else can you do besides write?
I’m a guitarist/singer/songwriter and I’m into photography. I can watch movies real well, too.

5. Who are you reading right now?
The Planets by Dava Sobel, a creative look at the planets that make up our solar system, also a variety of genre novels, trying to find something fresh and different.

6. Pop culture or academia?
Pop Culture. Godzilla and Speed Racer take up an amount of space in my brain that may have been for important information. But I’m much happier with Speed and the King of Monsters.

14. Who are the biggest influences on your work?
Lately it’s been Jack Ketchum, Gary Braunbeck and Mort Castle. I’ve learned more from reading their works than from most writing courses I’ve taken.

Gary Frank is the author of Forever Will You Suffer, published by Medallion Press and released in February of 2006, a supernatural, time-shifting tale of unrequited love gone horribly wrong. The supernatural thriller is the story of Rick Summers who discovers that he and his ex-girlfriend are being stalked by a psychotic woman who remembers a past that he’s never lived. He is also the author of a number of short stories, including "Stay Here," which received two Stoker recommendations, and was published in the 2005 Garden State Horror Writers anthology, Dark Notes From New Jersey.