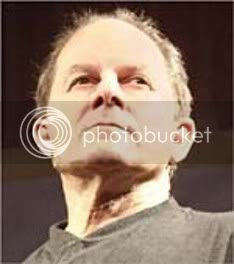 1. Which of your characters is your favorite?
I'm very fond of Truzenzuzex. Having always felt a bit of an outsider myself, the fact that he is an alien doesn't compromise my affection for him at all. He's tolerant of others, always interested in helping, and values knowledge above just about anything else. I'd like to think I'm a little bit like him.

2. Tell me about your travels.
As you can see from my website, I've spent time in 85 countries. All I ever really wanted to do was travel. In my fiction, I get to visit other worlds. In real life, I'm stuck on this one, so I'm trying to see as much of it as possible before I die. I've pretty much hit the highlights and now I'm filling in the gaps. 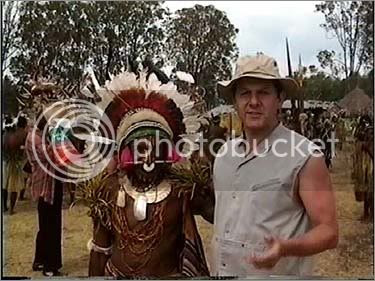 4. What else can you do besides write?
I can play a little taiko (Japanese drums)and if I had the time, I'd compose classical music.

11. What kind of music speaks to you?
I've been a classical music aficionado since I was a small child. My mother played a mean Rhapsody in Blue, and Disney's Fantasia started me on orchestral classical. I also like heavy metal and ethnic (world) music.

12. Do you outline your stories or do they just take you along for the ride?
13. Celebrity crush.
14. Who are the biggest influences on your work?

15. Do you still watch cartoons?
I used to collect animation but have slacked off in recent years. I'll still marvel over a classic Chuck Jones or Bob Clampett or Tex Avery cartoon, but I'm also interested in everything from the latest computer graphics to early b&w Japanese animation.

Born in New York City in 1946, Alan Dean Foster was raised in Los Angeles. After receiving a Bachelor's Degree in Political Science and a Master of Fine Arts in Cinema from UCLA (1968, l969) he spent two years as a copywriter for a small Studio City, Calif. advertising and public relations firm.

His writing career began when August Derleth bought a long Lovecraftian letter of Foster's in 1968 and much to Foster's surprise, published it as a short story in Derleth's bi-annual magazine The Arkham Collector. Sales of short fiction to other magazines followed. His first attempt at a novel, The Tar-Aiym Krang, was bought by Betty Ballantine and published by Ballantine Books in 1972. It incorporates a number of suggestions from famed SF editor John W. Campbell.

Since then, Foster's sometimes humorous, occasionally poignant, but always entertaining short fiction has appeared in all the major SF magazines as well as in original anthologies and several "Best of the Year" compendiums. Six collections of his short form work have been published.

Foster's work to date includes excursions into hard science-fiction, fantasy, horror, detective, western, historical, and contemporary fiction. He has also written numerous non-fiction articles on film, science, and scuba diving, as well as having produced the novel versions of many films, including such well-known productions as Star Wars, the first three Alien films, and Alien Nation. Other works include scripts for talking records, radio, computer games, and the story for the first Star Trek movie. In addition to publication in English, his work has appeared and won awards throughout the world. His novel Cyber Way won the Southwest Book Award for Fiction in 1990, the first work of science-fiction ever to do so.

Though restricted (for now) to the exploration of one world, Foster's love of the far-away and exotic has led him to travel extensively. After graduating from college he lived for a summer with the family of a Tahitian policeman and camped out in French Polynesia. He and his wife JoAnn Oxley, of Moran, Texas, have traveled to Europe and throughout Asia and the Pacific in addition to exploring the back roads of Tanzania and Kenya. Foster has camped out in the "Green Hell" region of the Southeastern Peruvian jungle, photographing army ants and pan-frying piranha (lots of small bones; tastes a lot like trout); has ridden forty-foot whale sharks in the remote waters off Western Australia, and was one of three people on the first commercial air flight into Northern Australia's Bungle Bungle National Park. He has rappelled into New Mexico's fabled Lechugilla Cave, white-water rafted the length of the Zambezi's Batoka Gorge, driven solo the length and breadth of Namibia, crossed the Andes by car , sifted the sands of unexplored archeological sites in Peru, gone swimming with giant otters in Brazil, and surveyed remote Papua New Guinea and West Papua both above and below the water. His filmed footage of Great White Sharks feeding off South Australia has appeared on both American television and the BBC.

Besides traveling he enjoys basketball, hiking, body surfing, scuba diving, collecting animation on video, and weightlifting. He studied karate with Aaron and Chuck Norris before Norris decided to give up teaching for acting. He has taught screenwriting, literature, and film history at UCLA and Los Angeles City College as well as having lectured at universities and conferences around the country and in Europe. A member of the Science-Fiction Writers of America, the Author's Guild of America, and the Writer's Guild of America, west; he also spent two years serving on the Planning and Zoning Commission of his home town of Prescott, Arizona. Foster's correspondence and manuscripts are in the Special Collection of the Hayden Library of Arizona State University, Tempe, Arizona.