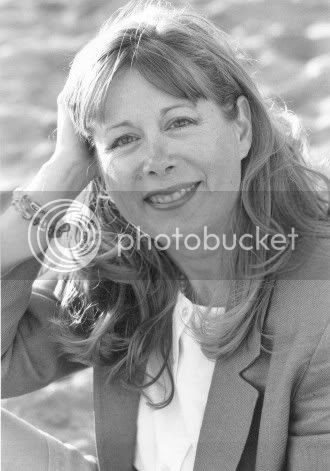 1. Which of your characters is your favorite?
Julia McNeill, the heroine of 'Grounds to Believe.' She just walked into my head fully formed and named, which hardly ever happens. Usually a character starts out as a nebulous fog, or a body without a head, a head without a body, or just a trait, and I build them from there. But Julia was complete. I participated in a booksigning recently outside of San Francisco, where two actors were doing staged readings of scenes from our books. Actress Melanee Nelson portrayed Julia--and absolutely nailed her. It was amazing to see someone I'd never met before bring to life a person who had been living in my head for years.

2. Tell me about your travels.
I'm from Canada. I live in California. I turned 21 in Paris. Doesn't that sound romantic? My best friend and I backpacked across Europe 25 years ago. We saw 22 countries, I think. I've traveled to Europe three times so far, with another trip scheduled in the fall. I've also been to Thailand and Singapore, where the company I worked for had factories. That was the first time I ever saw a real, live elephant. Not in the company factory, however. Out in the fields, pulling logs.

4. What else can you do besides write?
Rescue chickens and make them happy and affectionate. Make an amazing English fruitcake, California style. Edit marketing copy. Drive a motorcycle (under duress). Make people feel comfortable. Own a room. Sew period costumes. Not sew buttons on my husband's shirts. Ski. Play the Celtic harp. Play the piano.

7. What is the toughest scene you ever wrote?
The murder of the heroine's pet chicken in 'Pocketful of Pearls'. It was only a paragraph, but it took me three weeks to work up the courage to do it. And that's the scene readers invariably write to me about ("I can't believe you killed her chicken!"). But it had to be done. Dinah had to have her last love taken from her so she would be impelled to attempt suicide, which would force the hero to finally get involved in her life.

8. Where do you find your inspirations to write?
9. Food you could eat every day.
10. Are you into sports or other physical activities?
11. What kind of music speaks to you?

12. Do you outline your stories or do they just take you along for the ride?
Outline. Must outline. I have to know where I'm going and how to get there, otherwise I paint myself into corners and can't get out.

13. Celebrity crush.
Whoever the current model is for the current book. David Duchovny and Johnny Depp have kindly provided inspiration for heroes, as have Clive Owen and Callum Keith Rennie. I'm beginning a series now for Christian teenagers, and the model for the boy the heroine will eventually end up
with (after six books, poor girl) is yummy Jared Padalecki from 'Supernatural.' She'll thank me. You'll see.

Whether typing search warrants and making undercover phone calls as an admin for the Royal Canadian Mounted Police, or editing marketing material for the high-tech industry in Silicon Valley, Shelley Bates has found that everyone has a story. Most people have stopped telling her theirs in case she puts them in her books.

Shelley has a B.A. in Creative Writing from the University of California at Santa Cruz and an M.A. in Writing Popular Fiction from Seton Hill University in Pennsylvania. She sold her master's thesis to Harlequin after she graduated in 2002, and it subsequently became a double finalist in the 2004 National Readers Choice Awards.

Grounds to Believe, her debut novel from Steeple Hill Books and the first book in her Elect Trilogy, won the 2005 RITA Award for Best Inspirational Novel of the Year from the Romance Writers of America. The second book in the trilogy, Pocketful of Pearls, was an August 2005 release from Warner Faith, and the last book, A Sounding Brass, was released in June 2006.
heidi ruby miller heidi's pick six shelley bates