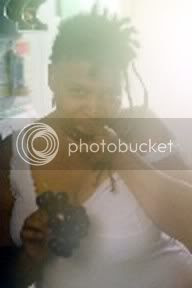 1. Which of your characters is your favorite?
If I had children, I wouldn't tell you which of them was my favourite, either.

3. Coffee, tea, or milk?
None of the above. (Caffeine-sensitive and lactose intolerant.)

4. What else can you do besides write?
I make weird-ass mashups of creepy mass market kids' toys. I speak so-so French and bits of Russian and German. I edit fiction anthologies. I cook. (I mostly don't clean.) I sew. I do altered art and collage art. I do arts consulting. I know how to facilitate a meeting. I dance. I sing. I have power tools and I know how to use them, or I'm learning. I teach creative writing. I once taught aerobics, and probably could again if I had to. I know First Aid and basic CPR. I'm good at research. I know very basic silversmithing. I can drive a car. I know how to pump iron. I can accessorize.

6. Pop culture or academia?
Both. I like theorizing about pop culture as much as I like participating in it.

8. Where do you find your inspirations to write?
Deadline terror is great inspiration. Other than that, whatever catches my fancy. You learn to be sensitive to that tiny kick in the gut that tells you that something might be a good story idea, if married with another notion or two. I perceive primarily kinetically, so for me it's a phantom kick. For you, it might be a visual image or a sound.

13. Celebrity crush.
Meshell Ndegeocello. Marilyn Manson. Divine. Snoop Doggy Dogg. No, I'm not kidding about any of them.

Nalo Hopkinson is Canadian by way of Jamaica, Trinidad, and Guyana. She's sister to an artist and daughter to a craftsperson and a poet/actor/playwright/teacher. She's published five books of her own fiction and edited and co-edited five anthologies. Her writing has received Honorable Mention in Cuba's "Casa de las Americas" literary prize, and has received a number of awards, including the Sunburst Award for Canadian Literature of the Fantastic, the World Fantasy Award, and the John W. Campbell Award. She writes science fiction, fantasy, and erotica. She's lived in Canada for thirty of her forty-six years. Her current novel, The New Moon's Arms, was released this month from Hachette Books (formerly Warner Books). It's about menopause, mermaids, and magic.

Nalo, a graduate of Seton Hill's Writing Popular Fiction Program under mentor James Morrow and former faculty member at SHU, will be touring this month and next. Visit her blog for dates and cities.
heidi ruby miller heidi's pick six nalo hopkinson