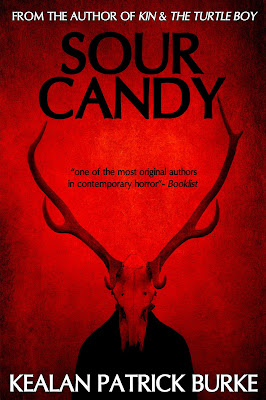 DESCRIPTION: At first glance, Phil Pendelton and his son Adam are just an ordinary father and son, no different from any other. They take walks in the park together, visit county fairs, museums, and zoos, and eat together overlooking the lake. Some might say the father is a little too accommodating given the lack of discipline when the child loses his temper in public. Some might say he spoils his son by allowing him to eat candy whenever he wants and set his own bedtimes. Some might say that such leniency is starting to take its toll on the father, given how his health has declined.

What no one knows is that Phil is a prisoner, and that up until a few weeks ago and a chance encounter at a grocery store, he had never seen the child before in his life.

A new novella from the Bram Stoker Award-winning author of THE TURTLE BOY and KIN.

CHARACTERS:
Rami Malek as PHIL PENDLETON
Phil is an average guy, average looks, average job, and he's perfectly fine with the status quo. An unwillingness to be a father cost him his first marriage. His refusal to accept the strange child who appears from nowhere claiming to be his son might cost him everything else.

Noah Wiseman as ADAM PENDLETON
Although Phil sees this "cuckoo child" as an invasive force in his life, there is little that's outwardly sinister about the young boy. He simply wants to be treated like any other child, even if behind it all, he isn't one.

Jimmy Smits as DETECTIVE CORTEZ
Cortez is a good cop with a lousy homelife and it has given him a harder edge when dealing with people than is necessary, though sometimes the light breaks through and he feels empathy, especially when dealing with a man who claims his son is an imposter. Cortez's instincts are so fine-tuned that he knows all is not what it appears to be.

Carla Gugino as DETECTIVE MARSH
If her partner Cortez is hard-edged, then Detective Marsh is a guillotine and one can only hazard a guess at the life she has endured that has made her so outwardly hostile to pretty much everyone. There exists in her a certain emotional cavity that makes her open to influence, and not of the good kind.

Alex Essoe as LORI
Lori is everything to Phil that his ex-wife wasn't, the typical adventurous free spirit lonely men seek out after a turbulent divorce. She is young, successful, ambitious, playful...which makes it all the more tragic when their lives together are altered by inexplicable forces. 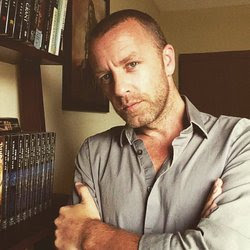 Kealan has worked as a waiter, a drama teacher, a mapmaker, a security guard, an assembly-line worker at Apple Computers, a salesman (for a day), a bartender, landscape gardener, vocalist in a grunge band, and, most recently, a fraud investigator.

When not writing, Kealan designs covers for print and digital books through his company Elderlemon Design. To date he has designed covers for books by Richard Laymon, Brian Keene, Scott Nicholson, Bentley Little, William Schoell, and Hugh Howey, to name a few.

A movie based on his short story "Peekers" is currently in development through Lionsgate Entertainment.

Posted by Heidi Ruby Miller at 8:49 AM