CAST YOUR CHARACTERS: THE CHICK PALACE by Leslie Davis Guccione 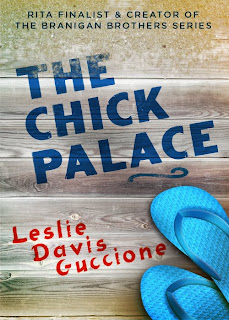 The friendship of Boston bred Johanna Lawrence Wheeler and Two Rock, South Carolina’s Lilly Covington spans, well, decades. From their days as college roommates through their years as lakeside neighbors, they’ve offered each other sympathy, support and solace for life’s rough edges. Summer’s come round again and with a new crop of concerns, they commandeer their sons’ long-deserted tree house for morning coffee, evening margaritas and soulful contemplation.

Happily married Johanna has a family reunion to organize, a husband needing attention, a daughter wanting advice, and a son sweeping Grand Central Terminal as community service for graffiti violations. Fresh from her mother’s memorial service, she carries her small bag of ashes on morning walks around the lake, “waiting for wisdom” as she grapples with her emerging role as materfamilias. Who has she become? How did she get there so fast?

Single again Lilly, bemoaning her fresh status as an empty nester and the second divorce from her only husband, hopes to seek refuge in her aging bungalow next door~~until “Ex-ex” announces that he and his paramour, graphic designer Cat Gallordi, intend to use it on alternate weekends.

Complications deepen at the far end of picturesque Lake Allamuchy. Johanna’s first love, the bad boy she used years ago to defy her parents, suddenly appears. Quicker than he can dub their tree house The Chick Palace, he embroils Johanna and Lilly in a triangle, steals hearts and turns summer upside down. Just as he did one long-ago August. 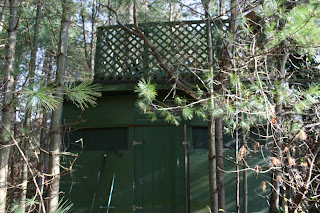 THE CHICK PALACE deserted tree house as itself 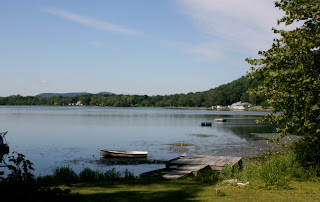