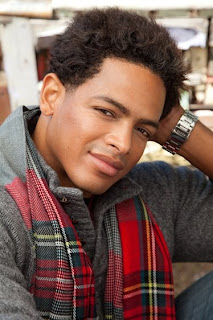 1. Which of your characters is your favorite?
William Derry is one of the main characters from Protostar. He must ultimately make the decision between love and duty. He is the Prince of the Torrian Alliance and also a bounty hunter. He’s a complicated character to write because he has lived this very structured, pristine life with everything he wants at his fingertips. Yet, he decides to venture out on this crusade to salvage his family name. The strength of his character is that he has strong convictions and he is very accountable to his actions. His moral ethics are a big part of the dilemma he must face when ultimately making his decision.

3. Coffee, tea, or milk?
I’m a milk guy. Chocolate, preferably. But I will take a white chocolate mocha from Starbucks every now and again.

4. What else can you do besides write?
I’m a gamer and a physical therapist by trade. Been gaming longer than treating, so I guess I’m somewhat of a professional gamer.

7. What is the toughest scene you ever wrote?
The dancing scene in Protostar between William and Sydney in the barn house; while they are jamming to a John Mayer song. It’s was a challenge to nail that scene just right, but I think I pulled it off. A lot of people gave me positive feedback on it.

8. Where do you find your inspirations to write?
I’m a real life writer. A lot of my ideas are first God-breathed, and then I infuse them with my own personal struggles and experiences. It helps to make them real to the reader.

9. Food you could eat everyday.
It has to be Chinese!

10. Are you into sports or other physical activities?
Yes. I’m a certified weight trainer and I love to get a good workout in. I try to exercise at least 3 times a week. It’s been tough for me recently with me being so busy.

11. What kind of music speaks to you?
Music with a voice. Inspirational and soulful. I have to hear creativity in the words, more than the beats.

12. Do you outline your stories or do they just take you along for the ride?
Yes. I have way too many ideas to play around with. I like to have a format first, then I just let inspiration take over and it all comes together.

Braxton A. Cosby is a dreamer with a vision of continuously evolving and maximizing the untapped potential of the human spirit. Braxton received a lot of his inspiration from watching the accomplishments and exploits of his famous uncle, comedic legend Bill Cosby. A physical therapist by background, Braxton received his Bachelors, Masters, and Doctorate from the University of Miami. Braxton’s fascination of science grew into an obsession of Sci-fi and on one unassuming Sunday, this self-proclaimed romantic decided to pursue a “calling” to create a new genre of writing; Sci-Fance- mixing science fiction and romance. Braxton lives in Georgia with his wife and two children. He believes that everyone should pursue joy that surpasses understanding and live each day as if it were the last. 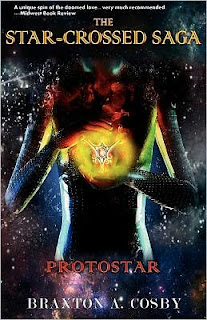 
Find Braxton online at these links:

Posted by Heidi Ruby Miller at 8:56 AM